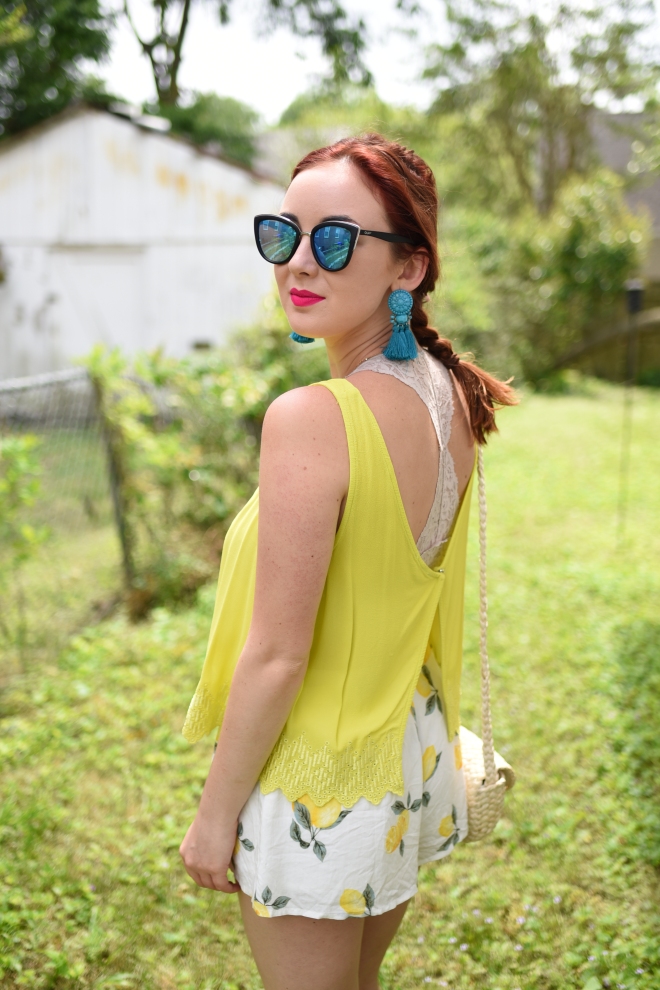 fashion by b-sidechicApril 24, 2017April 24, 2017
If you follow other fashion blogs as closely as I do, you’ve seen a Coachella outfit – the swim top for a bra and heels in a desert look. There’s nothing wrong with these outfits, but it’s important to remember that not all music festivals are created equally. Some are more casual and gritty than others.
I haven’t been to any big name festivals, though someday I’d like to go to one. I tend to hit up more low key festivals like Music Midtown in ATL. Huge lineups can be overwhelming, and these are much more manageable. The FOMO (“fear of missing out” if you’re reading this, grandma) and concert snob that make up who I am make large festivals stressful for me. I missed Beck at Music Midtown last year and I will never forgive myself. Seriously, I probably think about it once every few weeks. At festivals, there is just too much music in one place, and it is so good it drives me crazy.
This past weekend I attended High Water fest, a music festival put on by Shovels & Rope. This was the inaugural year, so I felt like I HAD to go. The line-up was mainly folk/americana, true to Shovels & Rope’s style. I am so glad I went because my experience was more than I could have asked for, especially in the first year of a festival. I figured they would be working out kinks, but it ran pretty seamlessly.
I went with Steven and Bonny and saw a few other friends throughout the weekend. Since Shovels & Rope is local to Charleston, the whole weekend just felt like one big homecoming. A lot of the people in the crowd have been watching them and other local acts since they first began, and I love the camaraderie that comes along with that. Seeing a group you love succeed and be able to give back to a community like that is pretty amazing.
For my outfit I chose shorts and a lightweight top both days, but I’m sharing my outfit that I wore on Sunday (the second day). I chose a chartreuse open-back top, white flowy lemon shorts, and turquoise tassel earrings for added flair. I wore old sandals (don’t bother wearing your new cute ones) because most of the day I spent barefoot.
For a bag, I carried a very small basketweave cross body to hold my phone, sunglasses and a wallet. Steven carried backpack with our blanket, water bottle, and sunscreen.

One thing that the marketing nerd in me loved was the branding of the festival. Thought was put into everything. Fuzzco killed it, per usual. All the signage was awesome and their VIP area looked like it was underwater in seaweed at night. I also heard they added more spanish moss to the trees to add a touch of magic. I’m not sure if that’s true, but either way, it was magical. 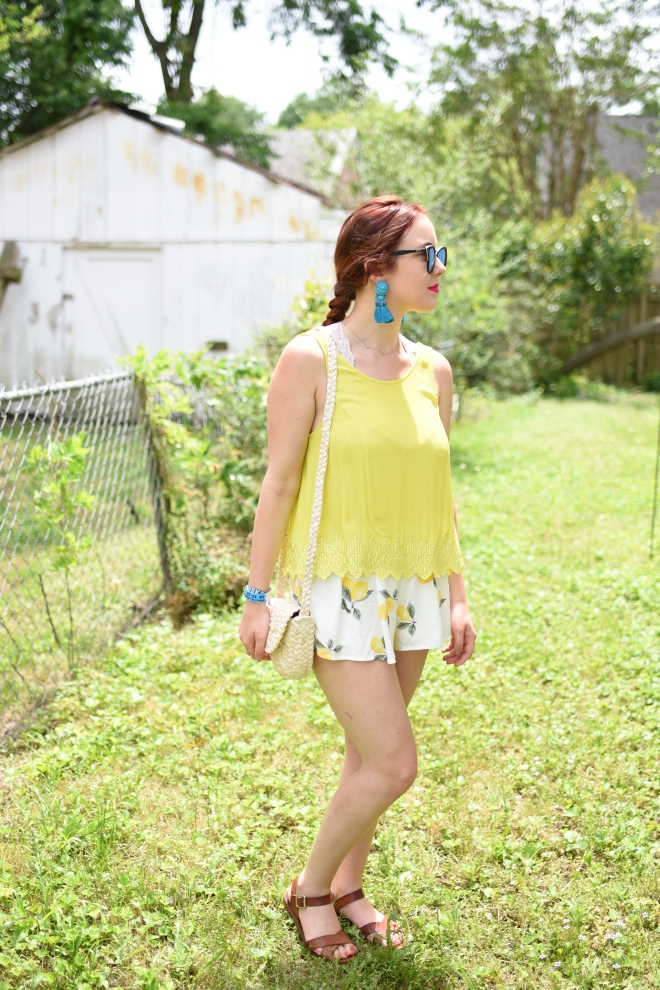 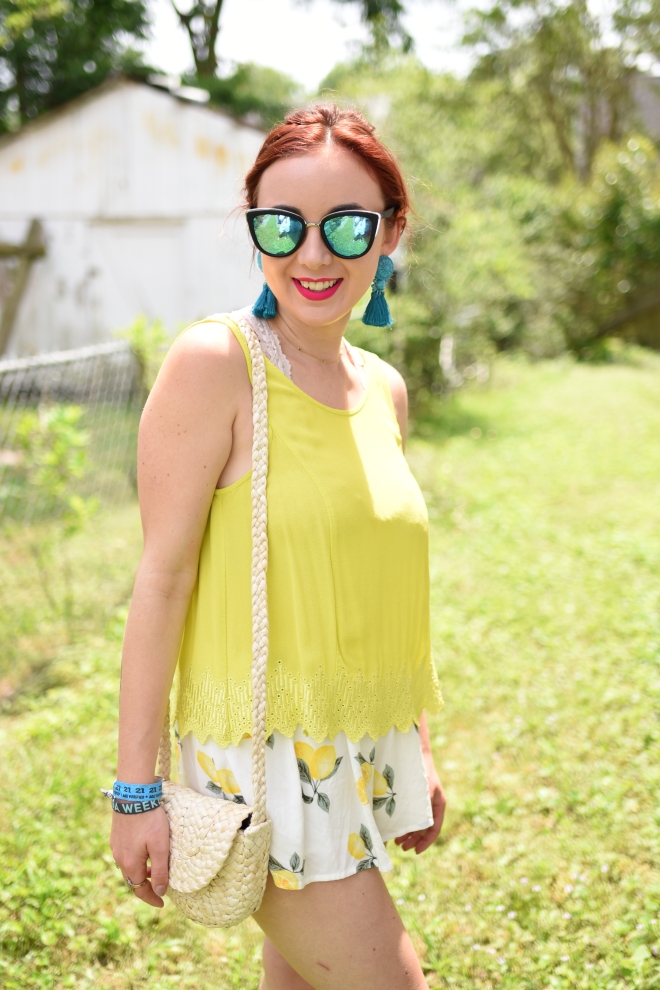 Obviously, I had to choose an artist from the festival to feature. There was SO much good music, it was hard to choose. Some of my favorites were Lucius (ALWAYS a favorite), The Shins (first time seeing them live!), Charles Bradley, and Shovels & Rope.
Ultimately, I chose to pick a song that Lucius and Shovels played together during the Lucius set. They collaborated on this Elvis Costello cover track from Shovels & Rope’s Busted Jukebox album. This was such a gorgeous collaboration, and I have to tell you, it’s even better live. I shed a tear or two, especially when an older gentleman in front of us put up his peace signs and bowed his head. I will leave you with this one. xoxo.